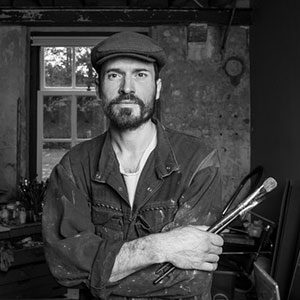 After studying fine art in Maastricht, Berend gradually went into film making and has made his mark in the creative industry. Berend was first noticed as a creative talent for his experimental work and music videos. This helped him move into commercial productions and eventually he directed commercials for brands such as MTV, Coca Cola and Heineken.

His work shows that he brings a specific look and feel to each project. Berend still has a free thinking spirit and together with his brother Roel also writes and directs fiction films. The most recent one Milo won several awards.

Next to his cinematic work, Berend also works as a fine art painter. An exposition of his work is worth a visit.